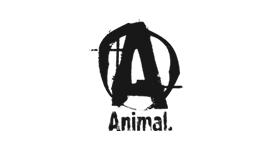 The True Original since 1983, the Animal Pak was developed to cover the wide backs of the hardest and heaviest trainers on the planet Earth.

The True Original since 1983, the Animal Pak was developed to cover the wide backs of the hardest and heaviest trainers on the planet Earth. The “Ultimate Training Pack” is far more than a mere multivitamin, but is the trusted, sturdy foundation upon which the most dedicated bodybuilders and powerlifters have built their nutritional regimens, since the supplement industry was in its mere infancy.

If you’re training or dieting hard for a contest, the first thing that happens when you don’t take the Animal Pak is that nutritional gaps begin to form. Why should you care? Because over time, these deficiencies continue to grow. Eventually, your body will stop functioning at its optimum level. In other words, you hit the wall, your development reaches a plateau. In fact, even if only one key nutrient is missing from your diet, your body could shut down the anabolic drive needed to build muscle so that it can support more critical metabolic processes. When this happens, you stop growing.

Research has proven that strength athletes such as bodybuilders and powerlifters, due to the intensity and frequency of their training programs, have higher nutritional requirements than regular athletes. Studies have shown that these unique needs are greatly increased for bodybuilders who regularly compete and need to diet down. During calorie-restricted diets (diets which tend to be repetitive and monotonous, e.g., rice and chicken), the potential for nutritional deficiencies increase dramatically.